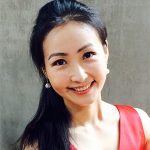 Ren Xiaowen ( 任晓雯, b. 1978) is a Chinese writer born and currently living in Shanghai. A successful entrepreneur in the tea industry, she is the author of three novels to date, one of which (On the island, 《岛上》), was translated into Swedish in 2015 (Bokförlaget Wanzhi). She has also written two collections of short stories, among which Fugitive Lives ( 《浮生》) received the Nanfang Zhoumo Prize in 2016 and the Hundred Flowers Award in 2017. Her short stories have been translated into English, French, Russian, Swedish and Korean. Ren Xiaowen is widely considered as one of the rising stars on the Chinese literary stage.